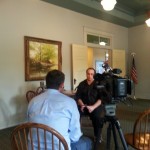 The Halbrook Hotel is located down town Dickson,Tennessee.

The hotel was built in 1912 and opened in 1913. Mainly the hotel  was used by traveling salesmen(  that were called Drummers)  and railroad workers.  The hotel over the years  later became a restaurant, barber shop, telegraph office, legal offices, Farm Bureau, a private residence and a museum.

Click on the hyper link to see the article and video of the news story done by Bret Remanda for Channel 2 News ABC.

click on photos to enlarge and read the write ups about each photo. 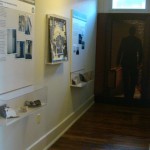 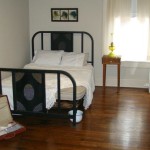 replica of a hotel room. Docents have found the bed slept in and items moved in the room. 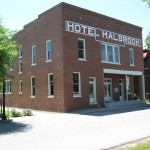 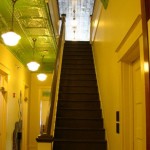 Walk gentle on these steps, or a woman will Yell out to ” Pick up your feet! “ 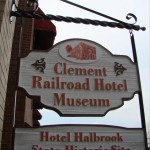 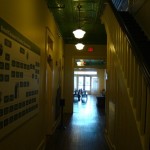 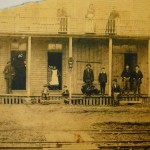 The Dickson Hotel that was there prior to the Halbrook Hotel.

Mr Halbrook with his family, The original owner and builder of the Hotel. 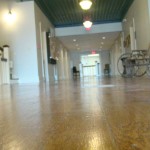 Top floor where full body appariotions and shadow figures have been seen. 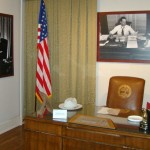 Governor Frank Clement Desk on display. Frank was born at the Halbrook.

Click on the link below for information about the museum.