Mike has had experiences of the paranormal most of his life. Starting at a very young age of 5 when he saw his first spirit/ghost of a little girl appearing in his bedroom when he lived in Upstate New York.  Mike has had other occurrences through his life that happened but nothing like the two he experienced in 1994 in Melbourne, Florida. This event became a life changing for Mike and put him in the direction to seek out answers about the Afterlife.
From these experiences it fueled his passion to learn more about the paranormal field. In 2006 Mike joined a Paranormal Investigating Team in Middle Tennessee with his wife Monique. During that time, he learned the various ways of investigating and to be able to help others understand what they might be experiencing.  Mike has been Investigating the Paranormal since 2006 and has worked with various paranormal teams in the Middle Tennessee area. After working with the teams and learning various techniques investigating the Paranormal, Mike started his own team in the spring of 2009 known as Volunteer State Paranormal Research.
During the years of  his paranormal investigating Mike has investigated throughout the state of Tennessee, Kentucky and parts of Alabama. Some well-known haunted places like Waverly Hills Sanatorium in Louisville, Kentucky, Sloss Furnace, in Birmingham, Alabama, Octagon Hall, Franklin, KY, Rippavilla Plantation, Spring Hill, TN , Clement Railroad Museum in Dickson,TN and many other areas of Tennessee.
Mike was nominated in 2009 By the International Paranormal Acknowledgement Awards for National Male Paranormal Investigator and best in Spirit Photography. Mike won for Best in Spirit Photography in 2009 by the International Paranormal Acknowledgement Awards.
Mike has been a guest on various multiple Radio  and TV shows,  ” America’s Most Terrifying Places “, on TRAVEL CHANNEL ,TV show “Tennessee Crossroads” on PBS in Tennessee ,that featured the VSPR team investigating the Rippavilla Plantation in Spring Hill, TN, A guest on the Art Bell production radio talk show Midnight in the Desert with show host Heather Wade, VSPR was a  guest for CAFEMOM.COM magazine. Mike also  has guest spoke at various events through out Middle Tennessee and website blogs. Mike has been published in 3 issues of Visions magazine, Chat is Fate magazine from United Kingdom and  UN-X News about his paranormal experiences he had in 1994.
During 2019 Bret and Julie Oldham  released their book -Afterlife Encounters: Ghost,Spirits, and Near Death Experiences, Mike is featured in chapter 3 in the book.  which can be purchased on Amazon.
Mike attended at the Rhine Research Center studying parapsychology in 2018. Graduate of Nashville State Community College in History and Early Education. Besides the Paranormal Mike has served as a Police Officer in the US Air Force Security Police and is a Veteran of Desert Shield and Storm.  Is a WWII living historian for 30+ years and enjoys photography.
CO-DIRECTOR-
Beth Lunceford 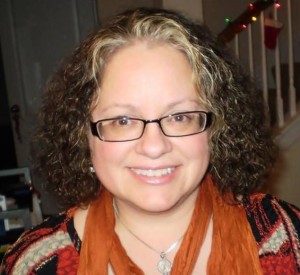 Beth believes that existence beyond the physical body is just another phase in the ongoing evolution of our souls and that belief motivates her daily mission towards the scientific understanding of dis-incarnate consciousness. Towards this end, she began working as a paranormal researcher in 2006. Her main expertise is in Electronic Voice Phenomena and Analysis, primarily with EchoVox and related applications. Beth is currently one of the main admins for the Echovox Users group on Facebook and conducts private research and experiments under the moniker Music City Ghosts. Beth is also a Registered Nurse with a background in computer technology. She is currently a stay-at-home mother of two teens. In what little spare time she has Beth enjoys paranormal research, reading, television and social networking.
Lead Investigator
Monique Sears 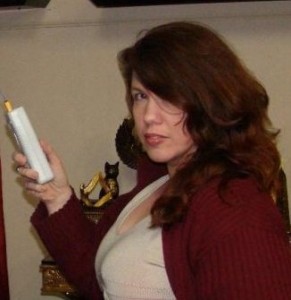 Monique became interested in the paranormal as a teenager, and even more so, in her twenties when her mother passed away. Monique joined a paranormal team in 2006 to learn about investigating and the paranormal. She has worked with other teams in the Middle Tennessee area as well to learn various ways of investigating. She strives to inform, help people, and collect true evidence of life after death. She has investigated in KY, TN, and AL, in both private and public locations. Monique is a Registered Nurse (RN). 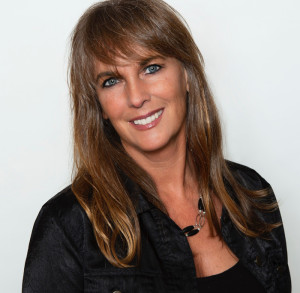 Becki has two main goals which are being supported by her paranormal work. One goal is to validate those who personally experience the spirit world through the collection of solid, scientific data. Becki Baumgartner has been interested in the paranormal all of her life. As a child, her parents described her as “very imaginative”, because she saw and heard things that nobody else did.
Her quest for validation began with a “Hag Syndrome” experience in her early teens, in which she awoke to an evil presence on her chest. Although many scientific circles dub such experiences as simple sleep paralysis, Becki has always felt it was something more. She also likes to validate the “voices in her head” by catching them on a digital recorder during investigations.
Her other goal is to find answers to the age-old question “What meaning of life?” by learning more about those who have crossed over.
Becki has a BS in Natural Health from Clayton College and Master Herbalist diploma from Academy of Natural Health Sciences. She’s CMO and Master Herbalist at PET | TAO Holistic Pet Products, and is also certified in several other alternative medicine mind/body practices. Learn more about Becki at beckibaumgartner.com.
Investigator Jerry Lucas

Jerry has had a lifelong love of all things paranormal, beginning at a young age with dream visitations when his grandmother passed away.
ESP, Ghost, ghouls, Haunts and Haints, pretty much all things that go bump in the night. He has had a multiple experiences throughout his life that are outside the bounds of conventional explanation. Jerry has been working with VSPR for over 5 years searching for evidence to help others become more aware of the paranormal and above all help those in need.
Jerry is a father of three, has love for outdoors, 80′s cartoons,  horror movies and Minecrafting with his children.
Jerry has been an actor, director, writer, comic colorist and letterer, HAZMAT truck driver, explosives handler, and a soldier in the Army National Guard.
Currently Jerry is living in Bellevue, TN, Making comics and working as a nurse at an assisted living facility.