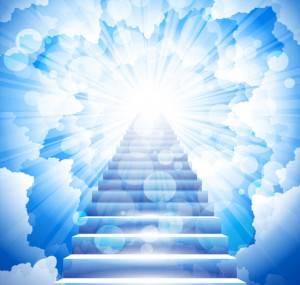 When Mike, the director of  Volunteer State Paranormal Research,  is called for an investigation or meets people he is often asked,  ” So how did you get into this paranormal investigating and do you believe in life after death? ” He tells them about the two most amazing experiences he had involving the paranormal in 1994.

This is the first experience, which occurred June 20th 1994. 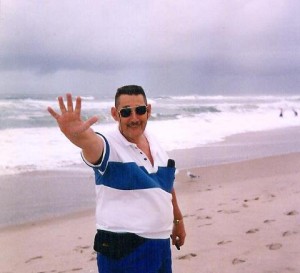 The near death experience I was able to witness was my Father’s passing in 1994. My Father had been battling cancer and was losing his battle in June of 1994. His last few months of life my Mom had called in Hospice care, so my father could pass away at home with family. He was not a big fan of hospitals and we respected his wishes. Before his first passing he was in a coma for just little over three days. Hospice would come and help every other day, unless we requested to have them to be there. On the 3rd day of his coma the Hospice nurse said his temperature had risen greatly and she felt he was very near to passing away. Hospice wasn’t due to come over the next day to help, but the nurse said if he passed away that night or we needed  any help at all that we should feel free to call them.

I had been working long hours and plus helping my mom look over my dad. I was exhausted and told my mom I was heading to bed, and if she needed me or if my dad passed away that night, to please come wake me and let me know. Later that night, sometime after three a.m. in the morning, my dad had passed away. My Mom was at his side and heard his last breath. She stayed at his side for some time grieving and then left his side to go wake me to let me know he had passed away. Before she could leave the room, my father sat up in the bed and asked her to come back to the bed to talk to her. She was in shock to hear his voice since he had been in a coma for several days, and for over a week prior he could not speak at all. She turned around to see him sitting straight up in the bed, full of color and looking healthy. She went over and sat next to him. He began to speak and said to her, “I could not leave you and Mike without making sure that you will be OK.”, and then told her .that he had asked them to allow him to come back and tell us this. During this time my mom said she felt a presence in the room with her. My dad started talking to family members and friends he knew who had passed away years ago, then relaying their messages to my mom. One of the most interesting talks he had was with his first wife. She had passed away back in the early 1960’s of cancer and she was from Japan where they had met when he was stationed there serving in the Army. My dad started speaking fluent Japanese and then translated back to my mom what his first wife was telling him. She told my dad to tell my mom this message, she said “I just want to thank you for taking care of him on this side” and that “he will be ok and I will be taking care of him on the other side.” My dad talked to my mom, back and forth to past love ones for several hours.

My Mom came into my bedroom later that morning and woke me up to tell me that my dad wanted to talk to me. Being half asleep I was surprised to hear this and said, “What? “ “He wants to talk to me? “ I had gone to bed and he was in a coma and was very close to death. I got up and walked out my room and started to walk to our living room where Hospice had placed a medical bed, my mom stopped me and told me I need to go to my parents’ bedroom and that I will be very surprised for what I was about to witness.

I started to walk to their bedroom and I heard my dad calling for me. I was in shock hearing his voice so clear. I entered the bedroom to find my dad looking healthy and laying in his bed freshly cleaned from a shower he had took that morning and was dressed in a clean shirt and shorts. I was in shock and wasn’t sure what to say or think of it. He had asked me to sit next to him on the bed and he wanted to talk to me. My dad started to tell me that he was worried about me and wanted me to know that he will be ok and that I need to go on with my life and not dwell on his death. I was speechless at first and then said to my dad. “Dad you have had it rough, it’s not been easy for you” (my dad served 22 years in the Army and had bad health since his return from Vietnam) His reply to my comment was a huge surprise for me to hear.

His reply “Mike I haven’t had it that rough, you know who has had it rough? Jesus has.” I was in shock to hear this from my dad. My dad was not religious at all. He never attended church the whole time I knew him and the only time I heard Jesus come from his mouth it was used in a form of cursing. My dad then asked if there was anything I wanted to know. I was just in shock of the whole moment and I was left pretty much speechless. (Today I have tons of questions and wish I wasn’t so much in shock when this happen) We then talked for about 30 minutes and then he said “I guess if you’re done talking to me and I have nothing else to tell you both, then I’m ready to go back.” My Mom and I were not sure what to do, and My Mom said, “Maybe you have to go to sleep and they can take you back”.

So my Dad decided to go back to sleep and we gave hugs and farewells just in case he didn’t re-awake. After he went to sleep my Mom and I went to the living room and she told me all that happen that night. We talked for several hours until we heard my dad call out asking if anyone was there. We got up and ran in to the bedroom to check in on him and he was surprised to find us there. He asked “Why are you two here with me? Have I crossed over?” With a hint of disappointment in his voice. We told him he is still here with us and that maybe that they are giving him an extra day with us. He then asked us “What should we do? “ Then he suggested he was very hungry and wanted me to make a meal for him. My mom mentioned making him soup or a smoothie since he hadn’t had a solid meal in almost a month.  He suggested I go rent some movies and find something special that he could eat, make him a nice meal and we could spend the rest of the day talking and relaxing together.
I went out and rented some comedies and found some fresh crayfish at the market(one of his favorite dishes,.) red potatoes, corn on the cob and a six pack of beer and head back home, not knowing if he will be there waiting for my return.

I got home and he was very pleased to hear what I had got for us to eat. Now this is a person who was eating through a straw for several weeks before he was in a coma. I cooked up the meal and we even shared a beer together. We watched movies in his bedroom and shared family experiences for the rest of the day till it was pass midnight. He started to get very tired and he wanted to go to bed. Before we all went to bed, he gave us a hug and told us he loved us and not to worry about him if he didn’t reawaken in the morning. He also said he would give us signs after his passing to let us know he is ok.

The next morning we got up and found him back into a coma. Hospice came over that morning and was shocked to find him out of his hospice bed and in his own bed. They wouldn’t believe us when we told them that he had gotten out of his hospice bed on his own and that he walked to his own bed. Hospice being upset with my Mom and I  asked us to stay out of their way and allow them to return him to the hospice bed. . My dad was back in a coma for 3 more days and then he passed away in the afternoon on June 23rd 1994; a day after his Birthday.

A week after his death, every day for five days we had a red cardinal show up on the time he had passed away and peck at the window. On the 5th day, we finally realized that this had been happening every day that week and it was the same time frame in which my dad had passed away. Once we said this, the cardinal never returned to the window. Later that year Mike and his mom had two avocados, two pine apples and two big honeydew oranges on plants that Mike’s dad had planted on their property. All three of these plants never produced fruit when Mike’s dad was alive and his dad was disappointed that he never was able to have any fruit from them since he planted them. Mike and his Mom believed these had to be the signs to let them know he was OK, to have three plants to produce only two fruits on each that year only.

When Mike does his guest speaking at events and group functions he shares this experience and gives more detail what happened that day and  also other amazing experiences his dad had during the month of June. 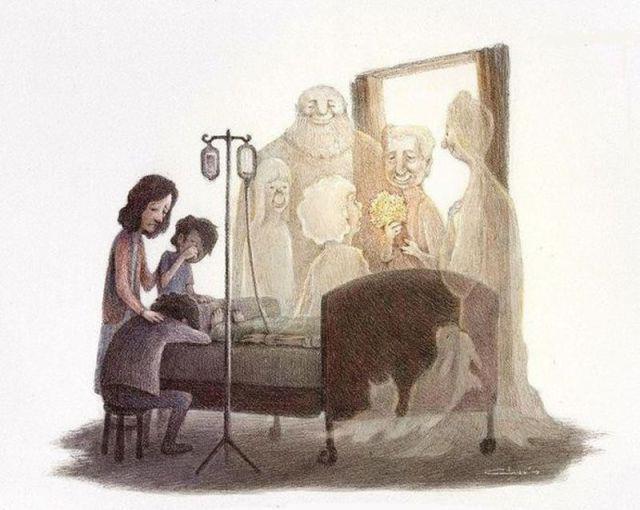