This was an amazing Event. Psychic and Author Debra Katz came out to this event with her class. The event sold out less than 2 days.

The paranormal activity was very active for the public to witness. Here is a video of some of the Spirit interaction we had during the event.

For a Paranormal Investigation

About the Location: The Hotel Halbrook is located in historic
downtown Dickson,TN. The hotel was constructed in 1913 and is one of the few remaining examples of a railroad hotel in a small Tennessee town. The Museum features exhibits and programming involving the Civil War, railroading, and local and regional history. The location and building has been used for various business and functions through history. The museum opened in June of 2009. Since the opening, there has been reports from some of the employees that they have encountered unexplained sightings and events at the Hotel Halbrook. 6:30Pm- 7pm is meet and greet with Mike Sears and the
VSPR team members.
7:00- 8:00pm Mike Sears will be giving a lecture on the
paranormal. Sharing data that Mike and the VSPR team has collected through the years from various locations they have investigated. Some will be from the Clement Railroad Museum.
8:15-8:45 will be a guided tour of the museum by Mike
Sears sharing the history and the paranormal activity of the
location.
9:00pm teams will be organized and investigations will
be conducted in the museum. Investigations will last for 45 minutes followed by a 15 minute break.
Investigatign will last till 2 am Sunday Morning.
Guest speaking : Mike Sears 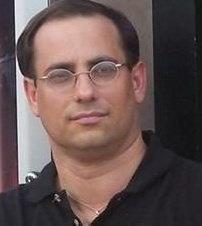 Mike is the Director of Volunteer State Paranormal Research and has been investigating the paranormal for more than 5 years. Having investigated close to
100 investigations.To his credit, Mike has investigated some well-known haunted places like Waverly Hills Sanatorium in Louisville, Kentucky, Sloss Furnace in Birmingham, Alabama, Rippavilla Plantation in Spring Hill,Tennessee, Octagon Hall,Franklin,KY, and many other areas in the Middle Tennessee area.

Mike has been a guest on various paranormal internet radio shows, made appearances on “America’s Most Terrifying Places” on the TRAVEL CHANNEL, featuring Octagon Hall. He was also featured on “Tennessee Crossroads,” a PBS show featuring Tennesseans and Tennessee places. For the “Tennessee Crossroads” segment, Mike and his VSPR team investigated Rippavilla Plantation in Spring Hill and aired Oct 2011.

Mike has also been a featured speaker at numerous events in Middle Tennessee. His interest in the paranormal began with two amazing experiences he had in 1994 ; VISIONS Magazine published Mike’s life changing experiences in Issue #3 and #5.
Mike is also a volunteer at the Clement Railroad Museum as a Docent and works on several committiees with the museum.During his time working at the museum. Mike has witnessed and heard things at the museum that couldnt be explained.
TICKET INFO
The tickets for this investigation are LIMITED to 10 tickets. ( but was extended to 14 due to Debra Katz purchasing for her class.)
Must be 18 or older to attend this paranormal investigation.
Ghost hunting equipment is not required, but are welcome to bring a camera or voice recorder.
Drinks and Snacks will be provided.
The event starts at 6:30pm with lectures and meet and greet running until
9pm.
From 9pm – 2am you will be split into groups to cover the area and conduct
a true paranormal investigation.
There are no refunds for this event unless it is cancelled. Event will
happen Rain or Shine. Guest speakers are subject to change at any time without notice.

COST OF TICKETS
ARE: $99.00 (proceeds of event will help preservation of the museum)

Military discount 10% off- with valid id
You can purchase your tickets Tuesday- Saturday from 10am- 4pm at the Clement Museum or by phone
Phone # is (615)446-8909.
Any questions about the event you can also contact VSPR at our email
address
VSPARANORMAL@AOL.COM